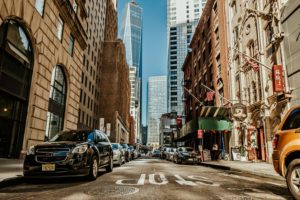 There is so much more to the Big Apple than meets the eye above ground. And we are not referring to the subway stations nobody is really fond of. New York City is actually full of tunnels and mysterious underground places that only the bravest visitors are determined to explore. We have made a list of top underground attractions in NYC some of which are known to the general public while some are still a mystery. Are you ready to explore what lies beneath your feet in NYC?

Visiting the New York Federal Reserve’s Gold Vault is one of the ultimate things to do in NYC.  This is one of the mainstream yet underground attractions in this city. It is located in the Financial District, beneath the New York Federal Reserve Bank. What’s stunning about this place is that it is home to five percent of the gold that has ever been mined. That is roughly 7,000 tons! This is actually the largest concentration of gold anywhere in the world. The deposits from central banks worldwide have been kept here and that makes the fact that the vault is accessible to the public even weirder. All you need to do in order to see this place is to register one month ahead of your planned visit. 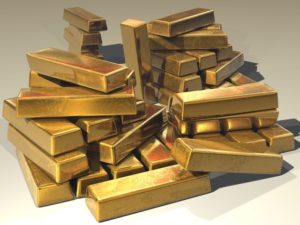 Doyer’s Street in Chinatown was one of the most violent places in American history. Over a century ago the street became known as the “bloody angle” due to many gangster battles that took place at that very spot. The Chinatown was a very dangerous place where all sorts of crime thrived, and criminals loved the Doyer’s Street Tunnel since it was very convenient for quick escapes. Only half of the tunnel remained and can be visited now. The location is safe now, so there is no need for you to worry!

There is a secret train platform named Track 61 deep in Grand Central. This private railway was actually used by President Franklin Delano Roosevelt who would travel in a bullet-proof train car that stopped at this station so that the president could reach Grand Central in his limousine without people finding out that he was bound to a wheelchair. The platform was also convenient for pedestrians who wanted to enter the Waldorf Astoria Hotel unnoticed. The track was no longer used in the 1960s and it became home to many squatters. The train car is still there though for the brave ones to explore. 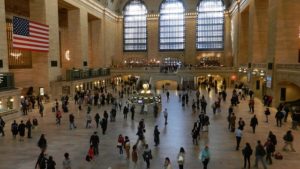 Le Boudoir is a hidden, underground bar inspired by 18th century France. It is a perfect place to find peace and quiet in NYC and yet enjoy a bit of the city’s decadence. All the elements of
French interior design of the time are there – from red plush seats to gold-painted mirrors. Even the entrance to the bar is somewhat spectacular. You will have to enter a local French bistro
called Chez Moi and find the hidden door that is a replica of Marie Antoinette’s library shelf.  Walk down a flight of stairs and there you are!

OK, this might not be the underground attraction, but it certainly is a secluded part of the city you don’t get to see a lot of in NYC. The secret waterfall is situated on East 51st Street between
Second and Third Avenue. Nearby, there is a moving company Divine Moving and Storage NYC that handled my relocation to NYC several months ago. The guys who helped me move told me
about this magical place that is just a few streets away from their office. Since then I keep coming back here whenever I need to relax and listen to the water.

Maybe you didn’t expect to see a cemetery to be on the list of top underground attractions in NYC, but it is the most visited one. Actually, after Niagara Falls, Green-Wood Cemetery is the most popular destination people flock to see when visiting the USA. It is a permanent home to more than half-a-million residents, spectacular sculptures, and an amazing view that you can witness by taking a historical trolley tour.

New York Public Library is the third largest library in the world. It is more than a century old and it deserves its place on our list of top underground attractions in NYC due to its immense storage that is located underneath Bryant Park. The vault holds the original copies of some of the most amazing pieces of world literature such as Shakespeare’s folios and Jack Kerouac’s
manuscripts. 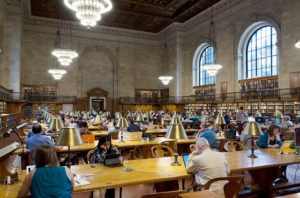 The Freedom Tunnel was built in the 1930s with the aim to expand Riverside Park. It was used for the freight trains that stopped operating some 50 years later. The tunnel has been home to many homeless persons and a plain canvas for graffiti artists. The first artist to spray-paint the walls of the tunnel was Chris “Freedom” Pape in 1974. In the nineties, the tunnel was reopened
but once its shantytowns were destroyed, it became inaccessible. Even though many of Pape’s graffiti deserves a place in All-new MoMA in NYC, only some of his artwork survived.  Luckily, but his signature Coca-Cola mural is still there luring urban explorers.

Crown Finish Caves is the current name of the facility that was built in the middle of the 19th century. It was originally used as a lager brewery, but nowadays the tunnels are filled with cheese aging to perfection. The cheese-making company often organizes music events and tours in their tunnels attracting many New Yorkers to visit this original place.

Those would be just some of the top underground attractions in NYC. If you find yourself in the city that never sleeps, be sure to visit at least one of them and you will experience the true soul of New York.